The event involves wild horses and a three man team. Each man has an individual job; there is the ear-man, the shanks-man and the rider. When the horses wearing halters and shanks are released from the chutes, all three-men teams hang on to the halter shanks. The closest man to the horse is the ear-man, followed by the anchor man then the rider who must also carry the saddle. When the signal sounds to start the race, the team tries frantically to bring the horse to a stop with the ear-man moving off the shanks, grabbing the horse by the head and biting its ear, a distraction to calm the horse. With the shank-man hanging on the rider moves in to saddle the horse. The rider must ride across a finish line to win. 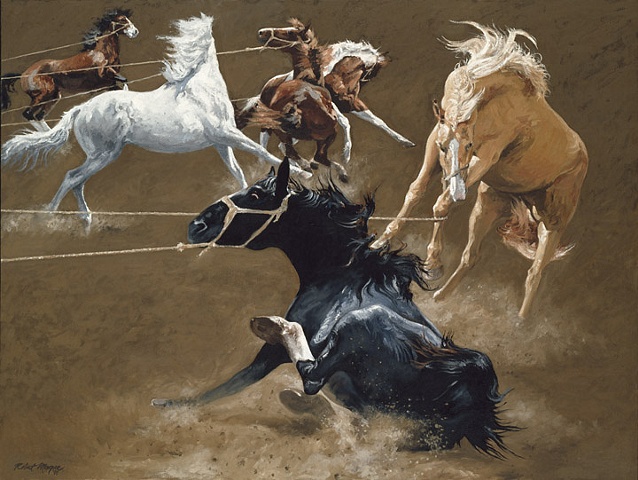